Posted On October 18, 2017 By admin Leave a Comment on 2 coats of poly later… Posted in project

I put 2 coats of poly on the hall tree last night.  I put the first coat on at about 9:30 and it took about an hour to get everything covered.  I got the top shelf, sides, front, and bottom seat and shelves.  I have not put any on the back yet.  The directions on the can of poly said I could put another coat on after 2 hours so I put a second coat on at 12:30.  The second coat went much faster now that I had a system worked out.  I am going to sand the whole thing down tonight and apply a third coat to all the visible areas.  I am not going to put a third on the bottom of the seat and shelves.  I plan on putting four coats on the seat and top shelf because they should see the most use.  I am also going to be putting 2 coats on the back and bottom just to play it safe.  I have read that you should coat an entire project with the same amount to prevent moisture from getting in unevenly but I really don’t feel like putting 4 coats everywhere and don’t think that I need that much protection in Southern California.

This is right after I wiped it down with a damp lint free cloth and am getting ready to apply the first coat of polyurethane. 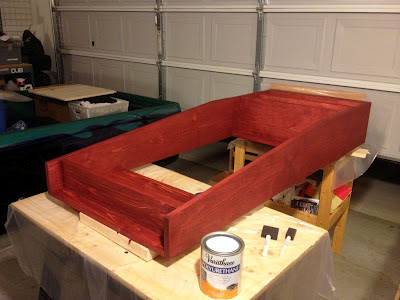 1 hour later and the first coat of poly is done.  It puddled up a little in the corners but I brushed it out as best I could. 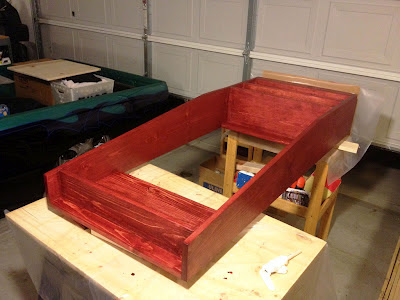 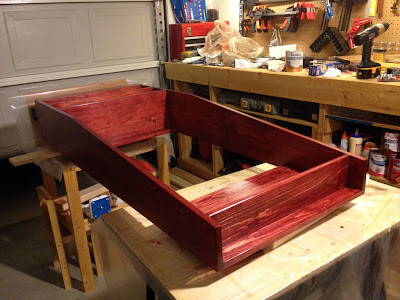 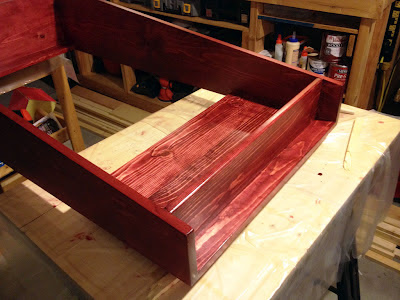 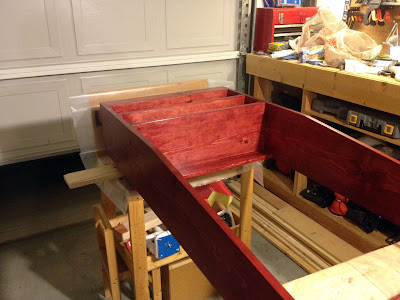 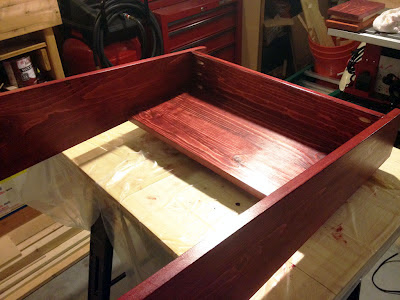