On Wednesday I was going through files and found the footage that I shot last year for the kid sized corn hole boards that I made for my sons in July/August.  I started on them the weekend after I made the full size boards for my son’s Cub Scout den leader.  I had the boards done but needed to finish designing/building the leg.  I got home from work early one night and the wife and kids were at the local water park so I started working on them but my stomach was bothering me so I put them back in the shop without getting much work done.  The next day I had emergency appendix surgery.  I wasn’t able to get back to them until the middle of August.  I got the legs mounted in time to take them to a scout campout and then forgot about the footage. I edited the footage on Tuesday and Wednesday night and then pulled a late night on Thursday and got the plans made and the video uploaded for a Friday morning release.

You can watch the video here

We had opening day on Saturday for Little League baseball and my son’s first game of the season 2 hours later so that day was pretty much shot. On Sunday I was able to get a little more done on the snake cage stand that I talked about last week.  The frame calls for 7 2×4’s so I got them squared up and then cut to size with very little scrap left over.  I’m hoping to get all the half laps cut this coming weekend and the frame assembled. 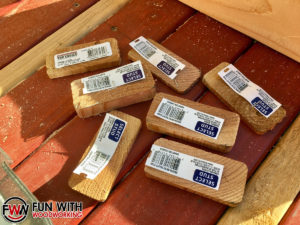 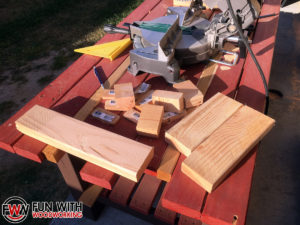 YESSS!!! This is very exciting! I moved to Raleigh, from Cincinnati 15 years ago now, and no one had ever heard of cornhole. Now, it is a different story, and a given at every event!

That is cool that you are building these for the kids, I’m sure they will love them!